Spring is here, time for an update.

As you probably know, there is a global parts-shortage going on.  I’m not a betting man, but I suspect this will last until at least 2023.  As Irken is a such a tiny operation, I have managed to ‘scoop’ up some parts here and there but for the last two months it seems the critical parts are really gone, unless you’re ready to pay 10x the price.

A summary of stock levels:

Unless parts suddenly pop-up, I don’t expect I’ll be able to restock JAMMA Expanders this year.

I got a Sega New Net City cabinet last year, so of course I had to make a remote for it that gives me access the hidden to geometry and color adjustment menus.  I had a few of them made, and they’re available for purchase.  I called it the PD-1843 enhanced remote, but later learned that it can be used with a whole family of monitors, so going forward it will be called the Toshiba ‘PF’ enhanced remote.

I’m working on a product page for it that should be ready soon.

There is a new Jammafier in the works, and I hope to have it available for sale within a few months.  The new thing is that the Tri-Sync Helper is integrated, making it a bit more practical if you need a Tri-Sync Helper.  A neat feature is that you can switch between C and HV sync via the menu, this is especially useful with Toshiba PF monitors where you can get some sync distortion in the top of the frame with either C or HV sync depending on which game you use.

It will be more expensive than the existing because of added parts (and cost of parts), so if you only need a Jammafier – now is a good time to pick one up.  Firmware and features will be identical to the existing one, apart from the integrated Tri-Sync Helper. 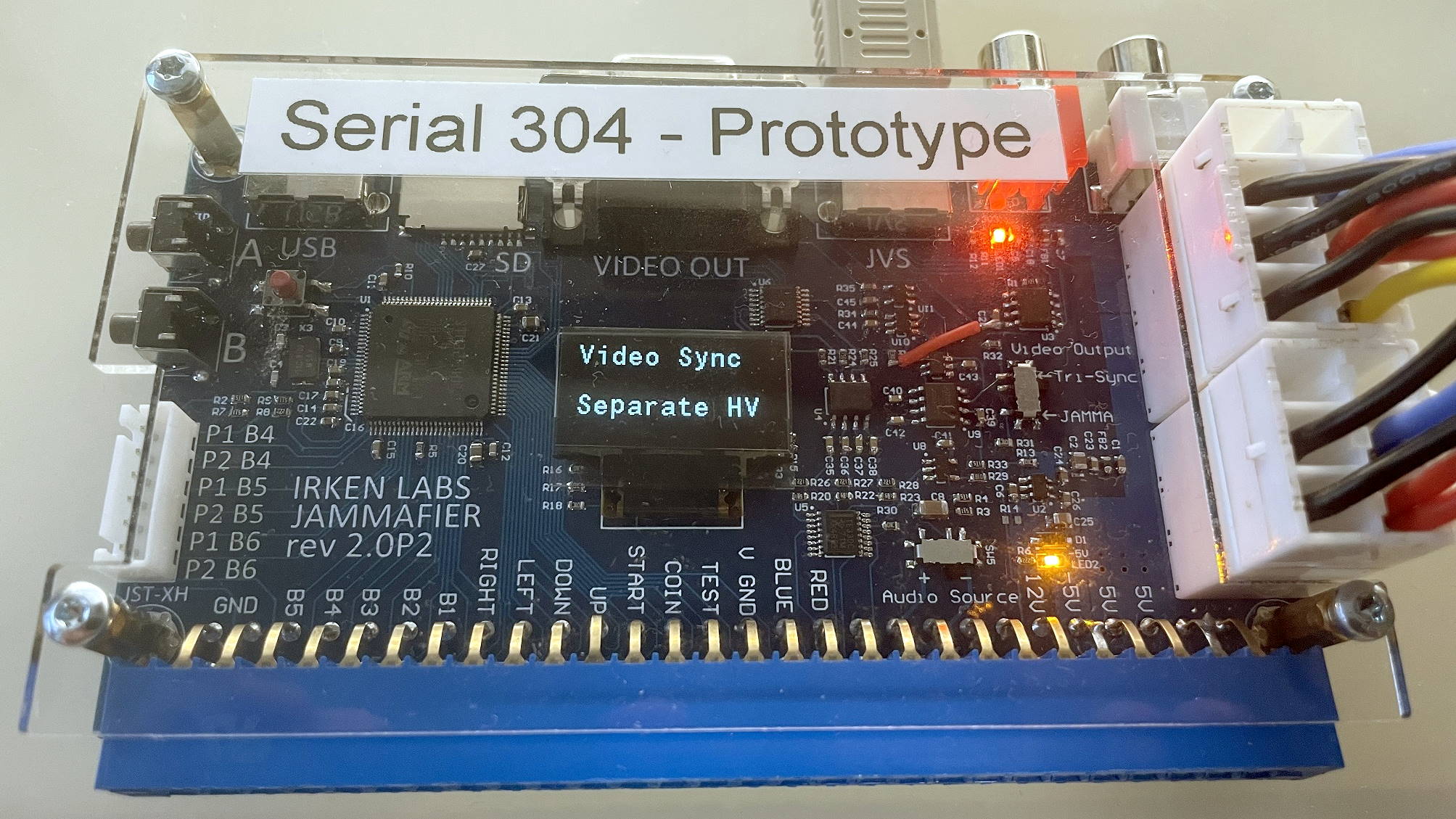