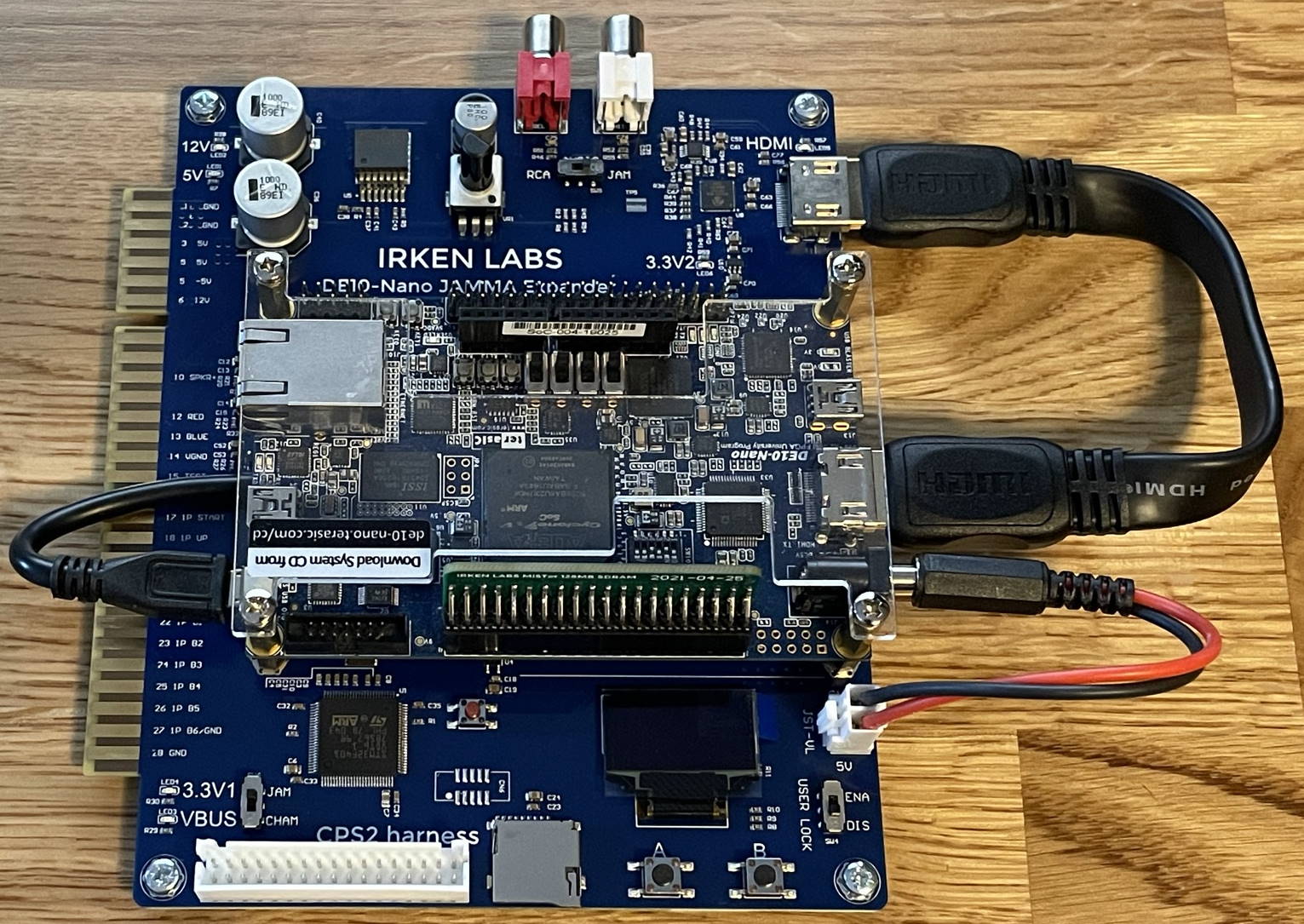 The MiSTer JAMMA Expander is finally released, it took a little longer than anticipated.  The PCB and the involved tech itself is not terribly complicated, but for this product I figure out how to source custom cables.

The IC shortage was also a challenge, as the main IC on this board was not available in China where the boards are assembled.  I had to buy chips from a Norwegian distributor and FedEx them to the factory.

Another aspect that took a fair bit of time was trying to influence how MiSTer handles input, and it kind of reached a compromise – the default settings on the Expander makes it pretty much plug & play, and the hard way that is geared towards ‘console’ users.  A few developers are going to great lengths to make cycle-perfect recreations of Arcade boards, which involves stuff like de-capping and reverse-engineering IC’s.

In light of this, I find the reluctance to accommodate arcade users who expect coin, test and buttons in general to work like the original a little strange.  I’m pretty sure that a complete rework of the MiSTer input system is going to happen sooner or later.  Whatever the future holds, the Expander supports both methods (MAME keyboard with standard layout, and 2 x gamepad).

By the time you read this, it’s almost guaranteed that the Expanders are no longer in stock.  I’m looking into having more made, but not ETA yet, and the price will likely be a little higher than the first batch.

As I now know how to get custom cables made, used this new ‘capability’ to have a few ATX to JST-VL (Naomi) adapters made.  It’s basically a copy of something I made for myself some time back when one of my earlier ‘hacks’ failed on me, and I decided to make something proper.  They feature soft silicone wires, the type you get on good test leads, and has double wires for 3.3V and 5V that should minimize voltage drop to the point that adjusting voltage is not needed.  I don’t expect to ship any of these as single orders, but you may consider adding one to your order if you’re buying something else.  Next time I may get some kick cables for the Jammafier made, I totally forgot about that this time around.